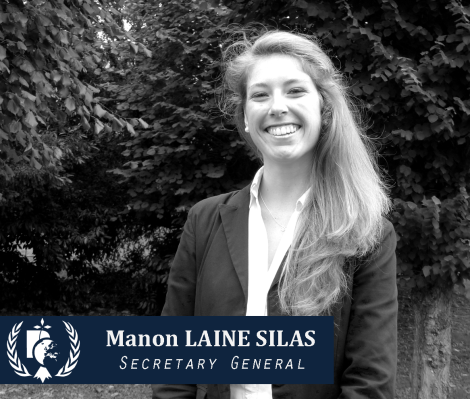 Currently attending a Master’s Course in Public Affairs at Sciences Po Rennes, with major in law, Manon worked last year, as an intern, for the French cultural diplomacy Department in Panama. Her interest for cultural and international issues led her to join the UNESCO Office for Central America and Mexico, for a four-month internship.

While being a delegate in many internal simulations, she decided to enhance her MUN experiences by participating in both Paris ModelG20 and London International MUN 2013. As part of the 2013 SPRIMUN team, she was the Vice-Chair of the Security Council.

Deeply motivated by the success of previous editions, Manon is now the Secretary General of the SPRIMUN. In charge of the representation and coordination assignments, she hopes to offer a valuable contribution to the 2015 Conference. Her priorities: availability, enthusiasm and commitment for a thrilling MUN next April! 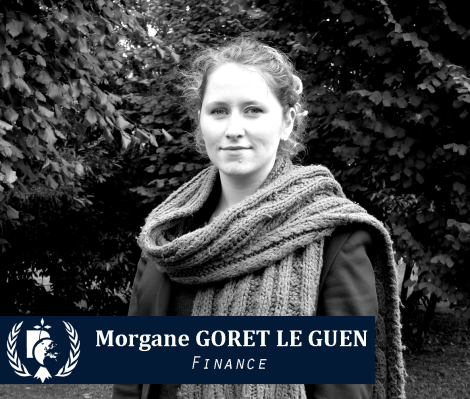 After having spent 9 months in England as a student at the university of Reading, Morgane starts her first year of Master degree in Public Affairs at Sciences Po Rennes. Even though she has never attended any MUN before, she thinks that it makes her participation to the organization of the SPRIMUN 2015 even more thrilling.

In charge of finances, Morgane is one of the people who will make sure your money will be carefully and wisely used, in order to guarantee you an unforgettable experience with the SPRIMUN. 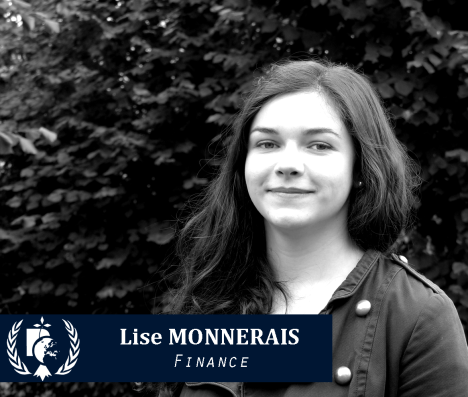 Lise is a 20­ year old student in European and International Affairs at Sciences Po Rennes. She just came back from her third year at the University of Lund in Sweden, studying Political Science and Sociology. She would like to work in development and solidarity and did an internship in a charity last summer. Her interest in diplomacy and International Relations led her to participate to UN simulations in Sweden and in France.

As a member of the Finance committee, she is in charge of managing the budget and cooperate with the partners in order to organize a great MUN in Rennes.

Camille is a fourth year student at Sciences Po Rennes, studying mainly European and International Studies. She just came back from an exchange year at the University of Valparaiso (Chile), where she majored in Latin American History. During her year abroad, she also did a two-month internship in the Economic Commission for Latin America and the Caribbean (ECLAC), the United Nations regional commission dedicated to Latin America, which is located in Santiago. Her interest in diplomatic matters led her to participate to the SPRIMUN, as a member of the partnerships team.

Claire just returned from fourteen months in Australia. Interested in cultural and commercial exchanges, she joined the French-Australian Chamber of Commerce in Melbourne as an Events Assistant. Committed to different cultural organisations, she is currently a fourth-year student at Sciences Po Rennes where she attends a Master’s Course in Management. Her interest for events organisation and her curiosity for diplomacy led her to join the SPRIMUN Team.

In charge of the logistics and partnerships of the event, she will be happy to assist throughout the organisation and proceedings of the SPRIMUN and hopes to make the event enjoyable for both participants and partners! 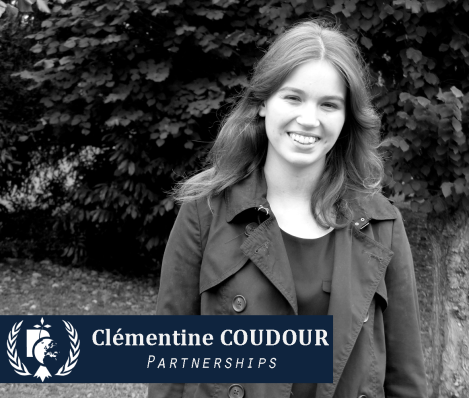 Clémentine is a student in 4th year in European and International Studies. She was last year in exchange at Jawaharlal Nehru University, in Delhi (India) majoring in International Relations. During this year, she strongly involved in the association of international students where she organized many international festival and conferences. Last summer, she also did an internship at the French delegation at the OSCE, the Organization for Security and Co-operation in Europe mostly dealing with the issues of the Ukrainian crisis.

All these experiences permit her to develop a strong interest in diplomatic issues which leads her to participate to the SPRIMUN. She will be in charge of the partnerships. 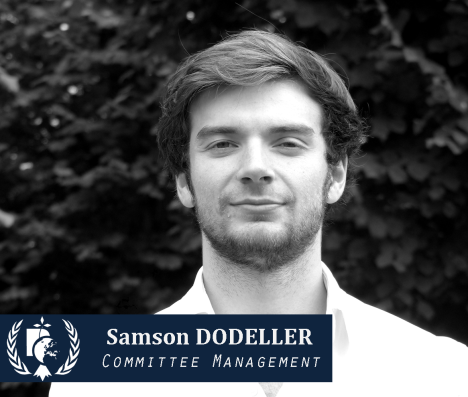 Previously, studying one year at Saint-Petersburg State University of Economics and working for a French-Russian consulting company in Russia, Samson graduated in Economics at Rennes 1 University and currently attending his 4th year studies at IEP Rennes with major in project management.
In 2013, his strong interest in diplomacy and geopolitics led him to participate to the first SPRI Model United Nation, as delegate in the Security Council. Being impressed by the SPRIMUN successes over the previous years and sharing the ambition to steadily upgrade the SPRIMUN, he integrated the 2015’s organizing team. In charge of the agenda with Jean-Baptiste and Delphine, he designed inspiring topics for your committees. Throughout the year he will support you in each step of your registration and guide your preparation for the negotiations. 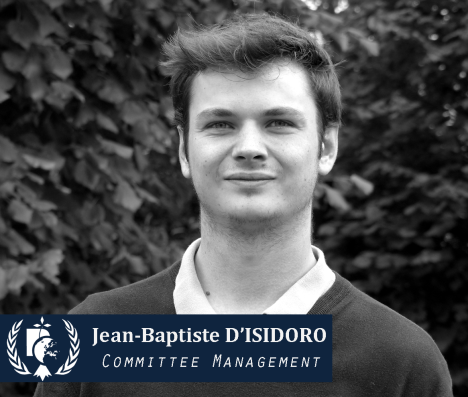 Jean-Baptiste is a fourth year student at Sciences Po Rennes, majoring in International and European affairs. He spent one year abroad at Western Connecticut State University in the United States, studying mainly international relations. His interest for this field was confirmed during a two months internship last summer at the NATO office of the Strategic Affairs Directorate in the French Ministry of Defence.

He had multiple MUN experiences: first within Sciences Po Rennes thanks to BATNA, then by participating in the SCOTMUN organized in Edinburgh in February 2012, and eventually by attending the first SPRIMUN in April 2013.

In charge of managing committees, Jean-Baptistehopes to make them as interesting and challenging as possible with the rest of the team. 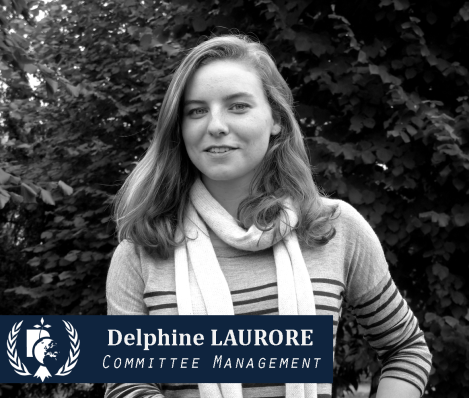 Delphine is a 4th year student, graduating in Geopolitics and International Relations at Sciences Po Rennes. Last year, as an exchange student in Bogotá, Colombia, she represented France’s position in a negociation of the syrian crisis and India’s interests in reforming the Security Council. Eager to work on international migrations and asylum issues, she is always keeping an eye on armed conflicts around the world, their dynamics and impacts on people.

For the 2015 edition of the SPRIMUN, she will be in charge of managing the committees, recruiting and helping the delegates and making sure UN rules of procedures are respected during the negociations. 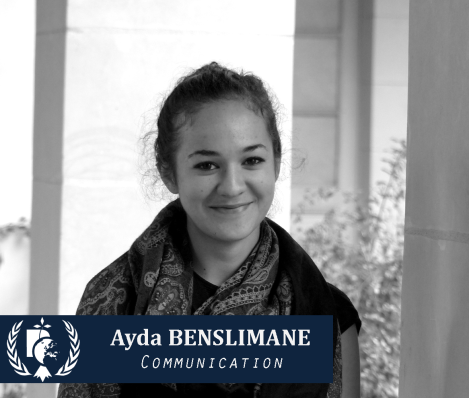 Ayda is a fourth-year student in Sciences Po Rennes and is currently studying European and International relations. It is during a quite heated year in Istanbul, Turkey that she developed her interest for diplomacy, mainly in the Middle East but also in other parts of the world. During the summer, she also did an internship as a journalist for a newspaper specialized in the MENA area (Middle East and North Africa).

Ayda will be in charge of the communication for SPRIMUN this year, and she will try to reach as many people as possible to be part of this great event! 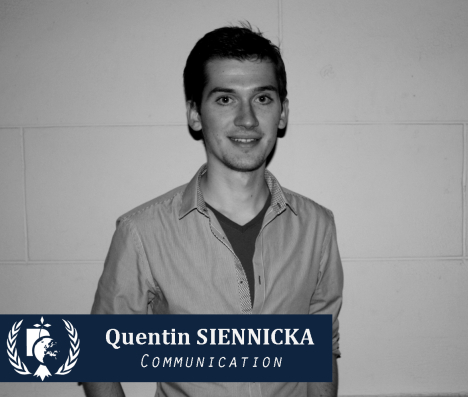 Fourth year student at Sciences Po Rennes, Quentin is majoring in International and European Affairs. Last year, he studied at the University of Macedonia (Thessaloniki, Greece), attending several courses of international relations and international law. He had the opportunity to participate in ThessisMUN 2013, representing Estonia at the North Atlantic Council.

Interested in international issues, and their management, he is in charge of the communication for the third edition of SPRIMUN, taking care of this website and social networks.