The UN Security Council was created at the same time as the United Nations, in the idea of addressing the failings of the League of Nations in maintaining world peace, after the Second World War.

From the beginning, five permanent members were designated: the French Republic, the People’s Republic of China, the Russian Federation, the United Kingdom of Great Britain and Northern Ireland and the United States of America. In addition, ten non-permanent members are elected by the General Assembly for a 2-year mandate.

The United Nations Security Council has special attributions and the responsibility of peacekeeping in the world. It also recommends a candidate for the seat of Secretary General of the UN to the General Assembly and takes part in the election of the International Court of Justice judges. Each member has one vote. The five-permanent states also have the ability to veto a resolution.

The UNSC is the most powerful organ of the UN and the resolutions adopted during its reunions are essential to the world stability. The debates you will have in Rennes will certainly be crucial! 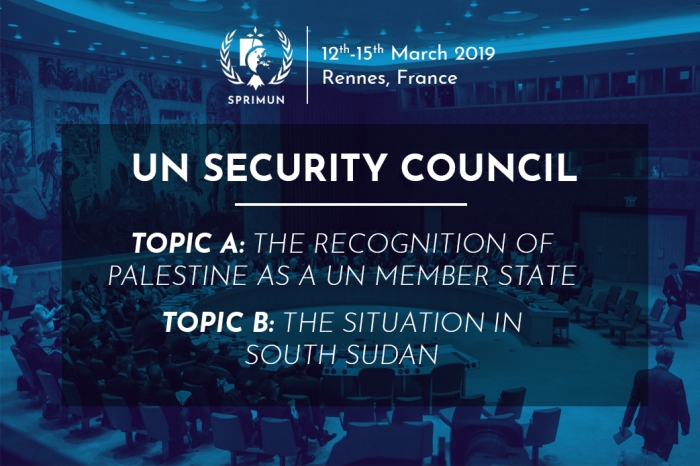 The study guide for UNSC is available here.

Countries sitting on this committee: